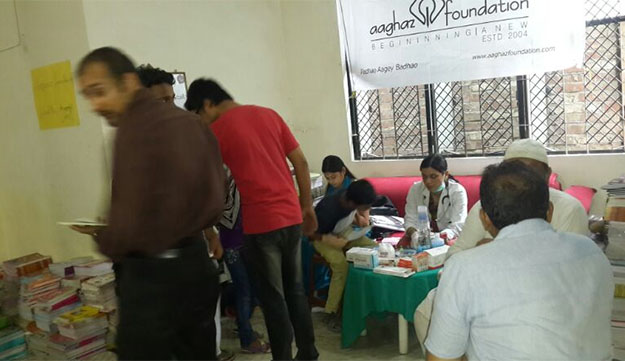 Chandan Kumar Ram, a Dalit student whose parents are labourers, has been chosen for the first Rohith Vemula Memorial Scholarship announced by a Lucknow based NGO.

"Aaghaz Foundation is pleased to announce the winner of the first Rohith Vemula Memorial Scholarship", Mazhar Farooqui of the NGO said in a statement.

"We received several applications but after careful consideration, it was decided to award to Dalit student Chandan Kumar Ram from district Auraiya", he added.

Chandan who is pursuing law also has an ITI diploma.

"Chandan comes from the lowest rung of society and has been living in a shelter as he can't afford to pay the hostel fees. As part of this scholarship, he will get Rs 40,000", Farooqui said.

Chandan's parents work as labourers in Gram Karahwari and he takes tuition classes to sustain himself. A meritorious student, he has done exceptionally well academically. His dream is to empower Dalits and other downtrodden members of his community.

Earlier this year, the Executive Council of Aaghaz Foundation announced the Rs 50,000 Rohith Vemula scholarship in memory of the deceased Hyderabad student.

"Of this Rs 40,000 has been given to Chandan. The remaining Rs 10,000 will be given later this year to another underprivileged SC/ST minority student", Farooqui said.

Established in 2004, Aaghaz Foundation is a zero-expense community initiative that has impacted the lives of thousands of children who were on the verge of dropping out of school. Since its inception in 2004, the foundation has helped over 2,500 poor Muslim children at the grassroots, including many orphans, giving away Rs 3 million in financial assistance and scholarship programmes.