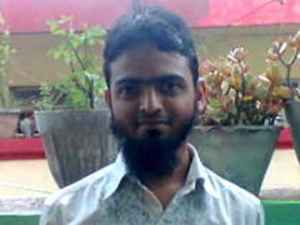 Lucknow based organisation Aaghaz Foundation has announced a Rs two lakh scholarship in memory of IT professional Mohsin Sadiq Shaikh who was recently murdered in Pune after derogatory pictures of Shivaji and Bal Thackeray uploaded on Facebook triggered communal tension in the city.

The scholarship will be given annually to a Muslim student pursuing engineering in Information Technology and will be called Mohsin Memorial Scholarship.

The fund for the scholarship is being raised from the community with numerous offers from Muslims across the world having already reached the foundation. Mohsin’s family, too, will be involved in the process and will be approached to meet the selected student at a function in Lucknow.

“Mohsin was innocent and a bystander and had no role in uploading the derogatory pictures on Facebook. He was brutally killed,” Mohammad Idrees, spokesperson for Aaghaz Foundation told The Indian Express.

“Mohsin’s family should be given adequate compensation and the guilty should be punished,” Idrees added.  The scholarship will be given on the basis of an interview and merit by a screening committee with a priority to orphans. Information about the date of application will be provided to major minority educational institutes and through individuals.